During Cresco Award – Città sostenibili, we assigned the prize “Coabitazione sostenibile” to the council of Turin that knows how to boost, more then others, social reactions and spread virtuous behaviours with the project “Coabitazioni giovanili solidali”. 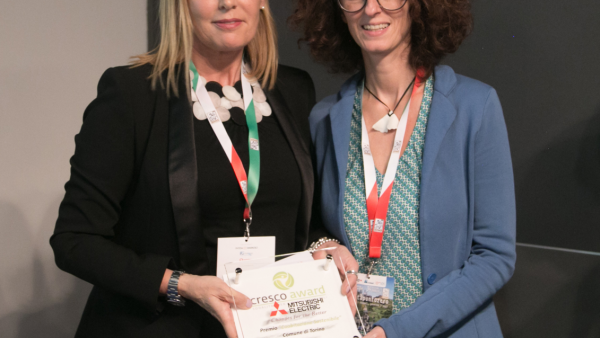 At historic time in which solidarity and hosting are values which are too often put into questioned, we decided to reward a sustainable co-habitation initiative which looks to all the future, developing social relationships and social wellbeing.

Indeed, when we proposed this prize to the Sodalitas Foundation, it was our intention to reward the Council that know, better than anyone how to promote, on its own territory either directly or indirectly, initiatives which were capable of motivating social relationships, and the promotion of virtuous conduct through the creation of new types of home. And so it was!

With the "Supportive cohabitation for the young", the Council of Turin launched a process in 2004 to favour major social cohesion and integration in those public housing areas at risk of social exclusion. Young people supported homes are communities, made up of dwellings located in areas of structural decline, disadvantage and social marginalisation, as well as economically disadvantaged. They are made up of young volunteers aged between 18 and 30 who, in exchange for a reduced rental, give up 10 hours per week of their time free, to the benefit of the residents in the dwellings.

The objectives of this innovative project are to improve the living conditions of the local residents; preventing social and physical decline in the social housing permanent homes; favouring access to social and health services, as well as resources of the district by those citizens in difficulty; developing housing autonomy in the young; and to favour the creation of a supportive community network.

The prize we awarded to the Council of Turin will allow them to make use of a free technical consultancy and a project for air conditioning systems, and the heating or production of hot water. The consultancy we will supply to the Council will allow them to identify the most suitably innovative solutions for establishing, at the public utility buildings, utilities guaranteeing high standards in terms of quality, energy efficiency and comfort, reduced energy consumption and environmental friendliness.