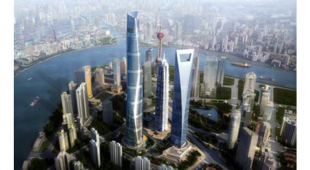 Ever faster, to reach the sky in just a few seconds.

Mitsubishi Electric, which is amongst the worldwide lift manufacturers, making lifts for the highest sky scrapers, has been awarded three Guinness World Record ®.

The records apply to China, that is at the Shanghai Tower which reaches up into the heart of Pudong with its towering 632 metres.

Important numbers which have allowed Mitsubishi Electric to gain the recognition of the Guinness World Records, assigned on 8 December 2016 during a ceremony at the Tokyo headquarters.

How were these extremely fast lifts certified?

Including the record lifts, Mitsubishi Electric has built 114 units for the whole building:

Real high-speed technological jewels which have allowed Mitsubishi Electric to beat all records, once more demonstrating the aptitude of the company to bring new challenges to a successful conclusion.